As a result of the university-medical center split, VUIT and VUMC IT are implementing several major transition projects in parallel. In order to reduce risk and successfully finish each project, the TMO pursues comprehensive program management to accomplish the following: 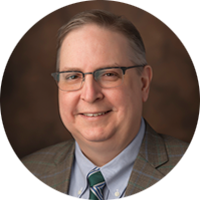 Germano joined Vanderbilt in May 2004 as the Senior Director and Chief Operating Officer for Information Technology Services before committing to a number of role expansions that saw him also leading Human Resources Management and Business Services. Before joining Vanderbilt, Germano was a Senior Vice President at Bank of America.

He received a B.A. from AIU and a Master's of Science from Boston University as well as certifications for Six Sigma Greenbelt, the PMP, ITIL, and the Chancellor's Leadership Academy at Vanderbilt. He lives in Nashville with his wife, Lisa, and son, Luca. 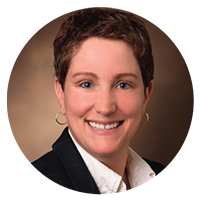 Fran Spurrier is the Director of the Transition Management Office for Vanderbilt IT, responsible for the day-to-day operations of the division's split-related activity. Prior to this, she served as the Associate Director of Practice Improvement and was responsible for the strategic consulting practice, specializing in higher education and management consulting solutions.

Spurrier joined Vanderbilt in 2005 as the IT Process Improvement Manager for Information Technology Services before finding her way into Vanderbilt’s Human Resource department and then the Division of Administration Strategy and Planning department from 2008 to 2014. Before joining Vanderbilt, Fran was a Vice President at Bank of America in Charlotte, NC.

She received her B.A. from Winthrop University and holds certifications for Six Sigma Greenbelt and the PMP. She lives in Nashville with her daughter, Mac. 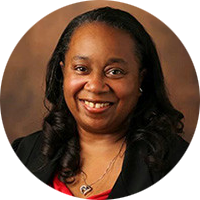 Jennifer Mobley-Harris is the Associate Director of Project Management for Vanderbilt University’s Department of Information Technology (VUIT). In this role, Jennifer oversees project workflow governance in addition to the management of Planview, the capacity and resource planning tool used within VUIT and VUMC IT.

She has been a part of the Vanderbilt for more than 20 years where she has advanced through many departments, becoming well equipped to lead such a robust team. Jennifer has held a vital position in VUIT for over 16 years where she was able to work on a plethora of initiatives from streamlining processes, leading large programs and software implementations to enhance the organization’s business process operations, all of which have helped shape IT governance at Vanderbilt University. For the TMO, she will use her skills to lead the Directory Services program.

Jennifer earned her Bachelor of Science degree in Economics and Finance from the University of Tennessee, Martin. 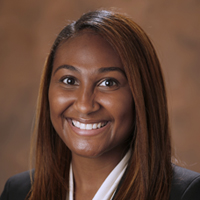 Whitney Harris is a Senior IT Consultant supporting the Genesis program to implement a VU-only authentication environment. Prior to this role, Whitney worked in the Project Management Office supporting various projects and initiatives for the University.

Whitney joined Vanderbilt University in June of 2016. Before joining, Whitney worked for SunTrust for 5 years in both Nashville and Richmond, VA. Whitney has a B.S. in Journalism and Mass Communication, with a focus in Broadcast production from North Carolina A&T State University. 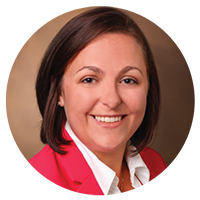 Kristine McClellan is an IT Consultant supporting Strategy in the Transition Management Office with Vanderbilt Information Technology. Prior to this role, Kristine was an Executive Assistant providing support for the SkyVU Project team.

Kristine joined Vanderbilt University in December of 2015. Prior to joining Vanderbilt, Kristine worked in the logistics business for eight years with Con-way Freight as a customer service representative and freight operations supervisor in Nashville, Orlando, and Atlanta. Kristine has a B.S. in Mass Communications, with an emphasis in Public Relations and Marketing from Middle Tennessee State University.

Kristine lives in Chapel Hill, TN with her husband, Andy, and sons, Brady and Nolan.